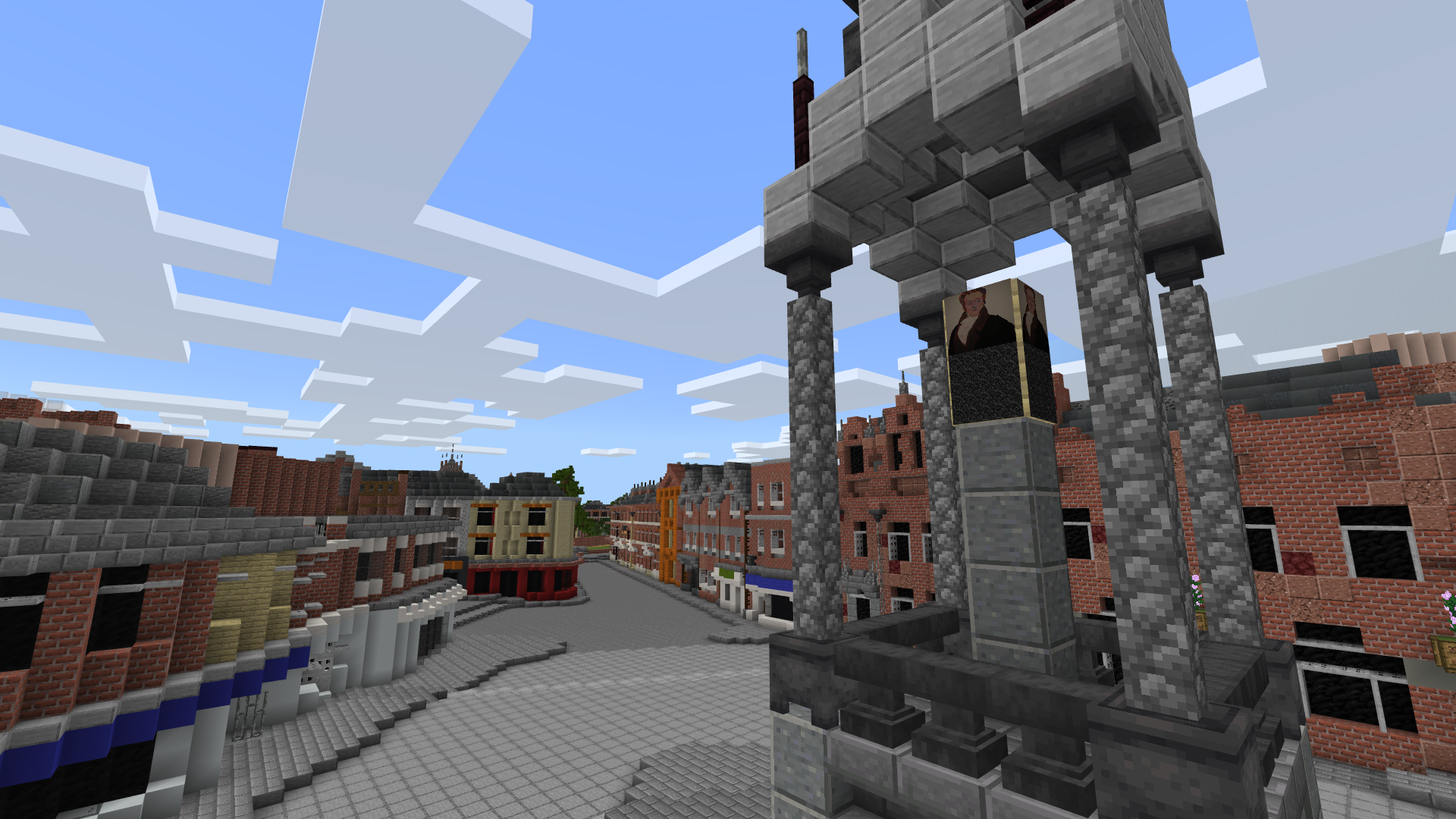 The Clarkson Memorial commemorates Thomas Clarkson (1760 – 1846), a central figure in the campaign against the slave trade in the British empire, and a former native of Wisbech. It dates from 1880 – 1881 and is a Grade II* listed building.[1]

The memorial consists of a statue mounted on a platform. Above this, rises a canopy, in the form of a spire. The whole structure is 68 feet (20.6 m) high. On three of the four sides are carved bas-reliefs, representing William Wilberforce and Granville Sharp, both prominent figures in the campaign against the slave trade, and a manacled slave in a beseeching attitude. The fourth side bears an inscription to the memory of Clarkson

As Minecraft consists of blocks it was difficult to produce a statue or an appropriate representation of such an important man to the town’s, and the world’s, history. We had a painting contributed by Mike Stallard of the young Thomas Clarkson, so have put that where the statue would be, can you spot it?